More Than a Room at Lotus House 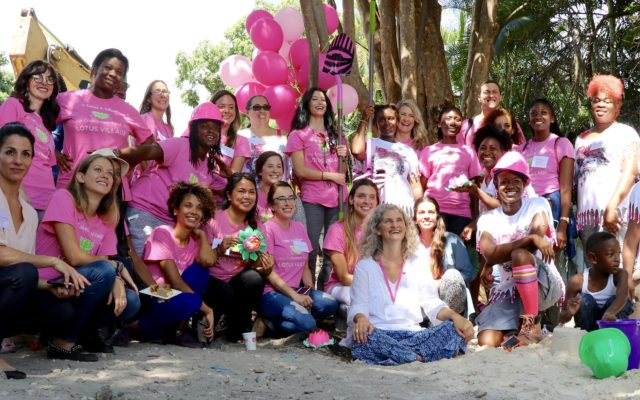 “You show that you are not just talk but action, by developing programs that help the guest to not only get back on their feet but to find ways to empower the guest to leave with a high self-esteem and knowledge of knowing they will not come back again.” -Lotus House Alumna

The Sundari Foundation was formed in 2004 by a passionate group of volunteers committed to providing sanctuary, support, education, tools and resources for women and children experiencing homelessness. The first Lotus House, built in 2005 followed shortly after empowering families to improve the quality of their existence on every level, achieve greater self sufficiency, and build safe, secure lives.

Women young and old, who are homeless and alone survive by being invisible.  Staying awake through the night out of fear, they sleep on buses and in airports, hospitals, abandoned buildings, backyards and alleyways in a desperate attempt to find shelter each night without being detected. Finding food in garbage cans and behind restaurants, women avoid panhandling because doing so makes them a highly visible targets for crime. They bathe in public restrooms, desperate to go unnoticed. But of course, they cannot hide forever, especially from predators.

“Being a guest at Lotus House, I took advantage of all services that were offered and as a result I was able to heal spiritually, physically, and mentally.” Lotus House Alumna

Physically vulnerable, homeless women and female youth are at heightened risk of sexual assault, human trafficking and violence in its many forms.  On the streets, homeless men, drug dealers and pimps prey on women by offering protection. Gender neutral shelters may be just as risky for women who are alone, especially those who have high special needs and are medically fragile, suffering from mental health issues, pregnant or victims of trauma. So often, the “protectors” become abusers.

The story of one woman at Lotus House is the story of many. When she refused to trick for her so-called protector, she was beaten to within an inch of her life, permanently losing the sight in one eye as a result of the head injuries she sustained.  Sadly, her story is all too familiar for those who seek refuge at Lotus House. Not only is the experience of homelessness by women gender specific, so too are many of the reasons they experience homelessness.

The overwhelming majority of the women we serve at Lotus House are victims of physical or sexual abuse, domestic violence, trafficking, violent crime or other severe traumas, with a third experiencing violence and/or molestation in childhood. Childhood trauma unaddressed can impair the cognitive and social/emotional development of a child, her educational and work success, and lead to lifelong struggles with depression, anxiety, post-traumatic stress disorder (PTSD) and other mental health conditions, including substance abuse as a form of self-medication, putting her at risk of further violence.

Women fleeing domestic violence and other forms of abuse are forced to give up homes, jobs, support systems and more to escape, too often only to find themselves at equal or greater risk of danger in homeless shelters and on the street. Violence leads to homelessness and women who are homeless remain at risk for further violence and victimization. Childhood abuse, domestic violence and homelessness can become an endless cycle without access to the support and resources needed to heal broken bodies, minds and spirits. For some women and youth, simply being pregnant means a loss of schooling, employment and apartment, at a time when they are most vulnerable and in need of resources for themselves and their infants.

For women diagnosed with breast cancer, the inability to work, mounting medical bills and prolonged treatment make homelessness yet another harsh consequence of their illness, compounding a woman’s fears, hopelessness and depression. To be sure, women who are medically fragile, developmentally delayed, or suffering from serious mental health issues are at the greatest risk of harm on the street or in crowded emergency shelters too strained to answer their calls for help with the time. More than shelter, women experiencing homelessness need a comprehensive support system and access to multi-faceted resources to truly break the cycle of abuse and homelessness. 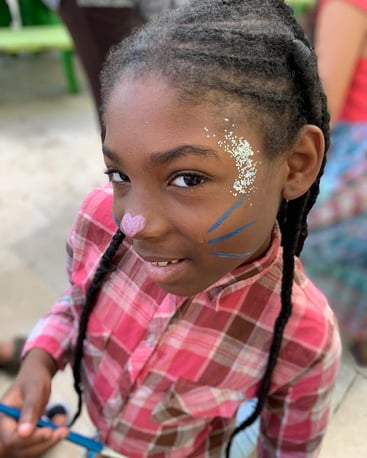 “I thank the Lotus House for giving me lots of trust, unity and serenity, for helping me to be a complete person again”
-Lotus House Alumna

If you'd like to support Lotus House this Women's Month, you can give to their Essentials list here.

All donations are tax deductible and are shipped directly to Lotus House in Miami, FL.

Have another success story you'd like to share on RightGift? Or ready to make a difference in your community, give me a shout at allie@rightgift.com.

Just starting to plan a workplace giving campaign? Have a current community program you’d like to expand? We're here to help.